New Solar Export Rules From the AEMC: How Do They Affect Solar Owners? 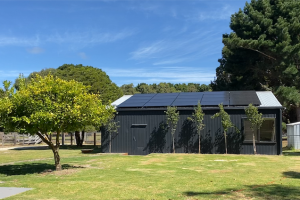 On 12 August 2021, the Australian Energy Market Commission (AEMC) completed its new rules on how power networks will compensate solar owners for surplus production. While there have been concerns that homeowners will be paid less, the new rules also create incentives for technologies like battery systems and electric vehicles.

Australia has become a global leader in solar energy. However, power networks have a technical problem that could slow down solar adoption:

The new AEMC rules reduce the value of solar exports when the grid is congested. However, power companies will also introduce paid “solar export plans”, and some of them will reward homeowners for providing energy at times of high demand. The reform will be applied until July 2025, giving power networks and electricity consumers plenty of time to prepare.

How Solar Exports Change Under the New AEMC Rules

Benn Barr, AEMC Chief Executive, has clearly stated that all networks must have a basic free export service for solar owners. According to AEMC simulations, homeowners will still get about 90% of their current earnings from solar feed-in – without changing their consumption habits or choosing a paid export service.

However, the AEMC reform creates an opportunity to earn more, by taking advantage of plans that give incentives during certain hours:

If you already own a solar system with batteries you can benefit the most from storing the excess power you consume throughout the day for use in the evening or when the new export plans arrive in 2025. You can look for a plan that pays high incentives during peak demand hours, and use surplus solar generation to charge batteries at noon. When the export tariff to the grid reaches its highest value of the day, you can supply the stored energy or save that energy for later use in the evening, lowering your household power bills

To complement the earnings from a solar battery system, you can change energy habits to minimise power bills. Electrical devices such as storage water heaters can be programmed to only run when there is surplus solar energy, or when electricity providers charge their lowest tariffs – never during peak demand hours, unless it’s strictly necessary.

At Arkana, we’re here to bring more positive energy into the world, pure and simple. It’s why we love solar so much – it reduces your power bills while helping repair the planet. So much positivity! But we don’t just do it through our products; we do it through our people too.

We’re a family-run, family-owned business. In fact, we named Arkana after a farm that’s been in the family since the 1930s. Why name a modern business after an old farm? Because that farm symbolised what we wanted our business to be: a happy place built on fairness, integrity, and hard work.

Arkana Energy is one of the top 10 solar installers in Queensland and New South Wales, according to Sunwiz. We have installed thousands of solar power and battery systems throughout Australia, receiving hundreds of 5-star reviews on Google and Facebook.