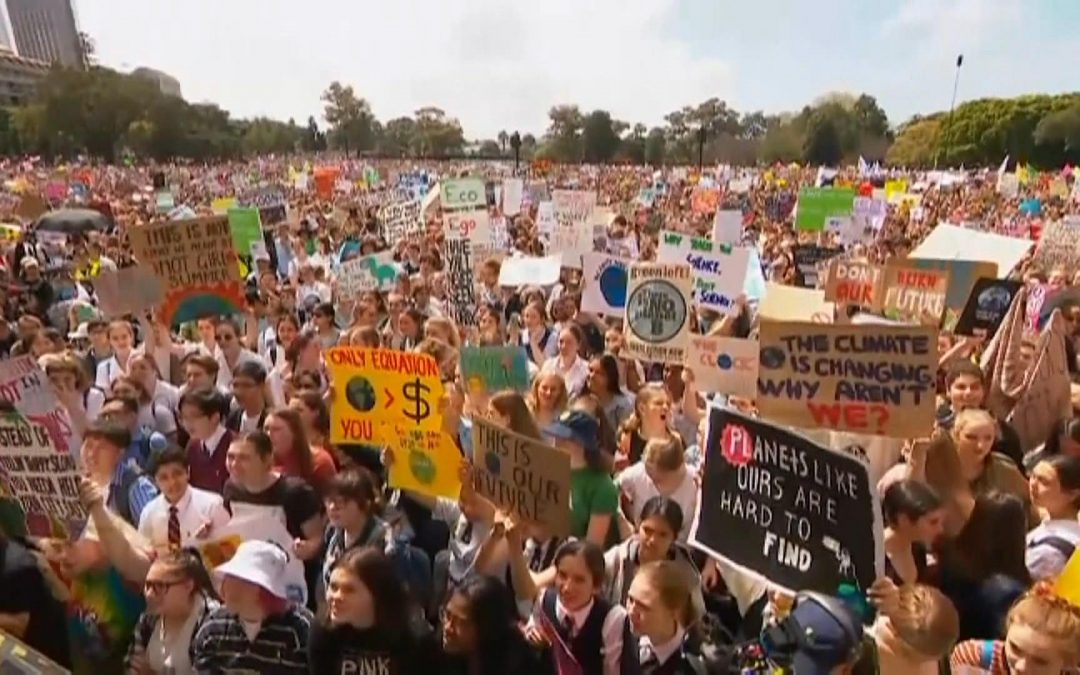 The latest Solar news in Australia

With Greta Thunberg and her followers around the world taking on the climate crisis in the latest Climate Strikes, there’s never been a time where sustainable energy is more pertinent. There are no signs that it’s going to stop any time soon either. Wherever there’s talk of sustainability, you can guarantee solar will be close by.

We thought it’d be a good idea to share some of the latest developments within solar in Australia that have taken place in the last year or so.

In June of this year, Tesla’s second-biggest solar battery in Australia – after the 100-megawatt lithium-ion battery in South Australia – was opened in the north of Victoria. The 50-megawatt battery system feeds directly into the state electricity grid and has the capacity to power 16, 000 homes.

This is a big step toward Victoria’s renewable energy target of 50 percent by 2030. It will also provide a boost in energy security for Victoria, as last year’s heatwave, areas in north-west Victoria reached up to temperatures of 49 degrees! Having this integrated system means that the battery will still be producing and providing electricity in even the most extreme temperatures.

This farm may well be the launching pad for up to 8 more large-scale solar farms in the coming years.

Reports of rooftop solar panel systems lasting only 5 years have been regularly reported in Australia. In the rush to save money on electricity bills, it seems consumers in Australia are too often going for the cheapest options, and are being disappointed.

There is a call for higher regulated standards within the energy’s peak bodies. One thing for sure is that not all commercial solar is the same when it comes to installing solar panels it pays to make sure you get a trustworthy company that ensures high quality.

The Northern Territory government has responded to the climate change crisis by aiming for zero carbon emissions by 2050. Recognizing that they are one of the most sun-drenched states in Australia, they can see the obvious advantage hanging right above them: the sun in case you were wondering.

They are seeing this necessity not as a problem but as an opportunity. They believe there are also significant economic advantages and possibilities in making the switch to renewable energy sources. The 2050 zero-emission plan proposed states “a climate change response is a responsible economic strategy”, and they have place solar energy at the heart of that response.

The giant supermarket chain announced that they would buy most of the electricity generated by 3 impending farms to built outside Wagga Wagga, Corowa and Junee, NSW, over the next 10 years.

Steven Cain, chief executive of Cole’s group, wants Coles to be a leader in sustainable energy. They’ve spent up to $40m on energy efficiency over the last two years, and have many more plans in the pipeline.

No doubt they will see this investment returned as the price of solar continues to drop.

Extravagant plans to build the world’s largest solar farm in Tennant Creek, Northern Territory, which could export up to 3 gigawatts of power via a 3,800 km long cable to Singapore, may well be more than wishful thinking.

The 20 billion dollar proposal has already been backed by several Australian entrepreneurs, and will possibly be announced at the end of the year.

Mike Cannon-Brookes –one of the entrepreneurs – believes this could be radical for Australia, and that we may well have one of the most lucrative products possible to export to the world. This will depend on whether such a wild proposal can come into reality or not, obviously.  A shift in perspective into the environmental and economic benefits of taking advantage of the unlimited resource we have here down under, burning away every day, may well be in order.

That’s it for now. Keep your ears and eyes open… solar is one of the most exciting industries in the world right now. 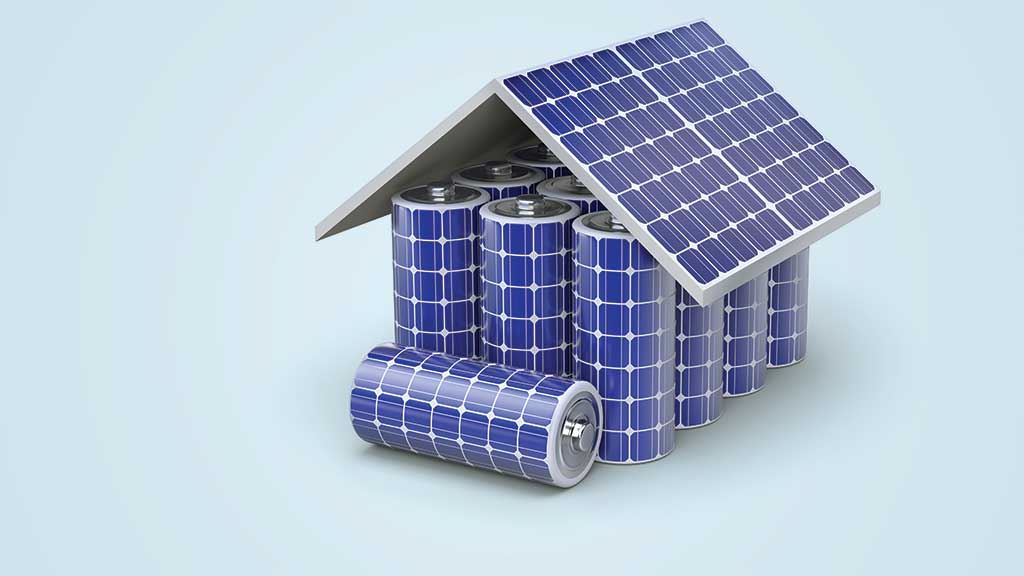 Solar Power Batteries and the Future of Solar

While it is not in the mainstream yet, the future of solar power will certainly revolve around batteries. One of the main ‘weaknesses’ of solar panels is that it relies on something that is out of our control. In other words, it relies on the sun shining.

Scientists in the energy industry have yet to discover how to control when and where the sun shines. If the sun has anything to say about it, it will stay that way for some time to come! However, one way, and indeed the main way, around this is batteries.

Tech giant Elon Musk, is one of the main pioneers in increasing solar power battery capacity. In revealing his technology he also believes Australian households may well be one of the first to take advantage of this exciting new technology.

In a trial in Townsville (not so far from Brisbane) a couple found that not only did they stop paying electricity bills, they actually had surplus to sell back. Elon Musk now believes it is possible for some people to live entirely off-grid.

It’s the perfect combination. Solar panels transform the sun’s energy which then have the capacity to power our lives, and the batteries store that energy so that when the sun doesn’t shine, the energy is still available.

As with all new technology, it’s hard to know how long it will take before it becomes the common method of power generation. However, with concerns about climate change and our increasing appetite for technology which uses a lot of power, renewable energy is not only a way of saving money, but is a critical technology for the future of our world.

Solar power batteries are a game-changer.

The battery storage technology relies on lithium-ion batteries – the same that you find in your phones or in electric vehicles. These are not quite up to scratch in terms of being a completely reliable, constant source of energy. They are still limited to how long they can hold on to energy. So places that have a lot of cloud cover or limited daylight will struggle.

In other places such as Southern California, which receives seemingly endless hours of sunlight, solar farms filled with solar panels are providing such an output of energy that some believe it is proof that fossil fuels will become a thing of the past. Battery storage is able to store the energy overnight until the sun comes back for the following day.

There is a similar climate to Southern California in Australia. Particularly in places such as Queensland with cities like Townsville and Brisbane. This is partly why Elon Musk believes Australia is ripe and ready for the future of energy.

While it’s hard to tell how quickly this technology will come to be the norm in Australia, and indeed the world, it’s pertinent to think about how quickly mobile phones became such a normal part of our lives.

The first iPhone was only revealed in 2007. That’s only 12 years ago! One of the main technologies that made these devices possible was battery capacity. As battery storage capacity increased it also increased the capacity of smartphones. Now where they are replacing our idea of what a computer is.

In a similar way, the future of energy could take a similar path. Battery storage technology gets better and better each year. Who would have thought that electric cars like Tesla could’ve been possible? Now they are becoming so normal to the point we barely even blink when we see one.

Though it might seem far away, with the increasing emergency of Climate change, the brilliant minds like those of Elon Musk and the ever increasing cost of living, Solar power batteries may well enter our lives sooner than we think.

There’s never been a better time to begin to invest in solar power and solar panels. Get in touch to find out more!